About Us
|
Our Facilities
|
Our Staff
|
Testimonials
|
Contact Us

The caring and experienced professionals at DellaVecchia, Reilly, Smith & Boyd Funeral Home, Inc. are here to support you through this difficult time. We offer a range of personalized services to suit your family’s wishes and requirements. You can count on us to help you plan a personal, lasting tribute to your loved one. And we’ll carefully guide you through the many decisions that must be made during this challenging time. 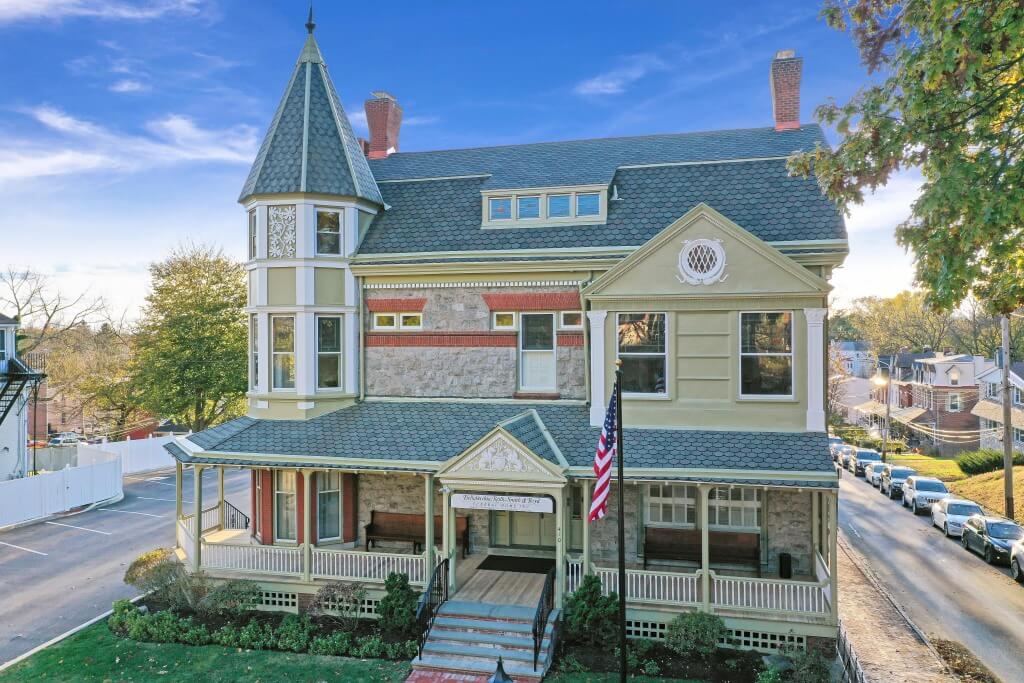 You are welcome to call us at any time of the day, any day of the week, for immediate assistance. Or, visit our funeral home in person at your convenience. We also provide a wealth of information here on our website. 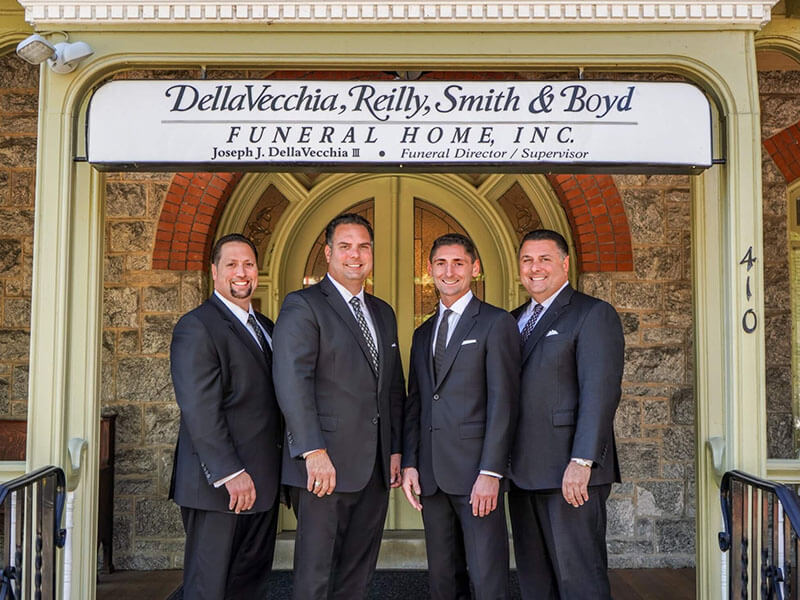 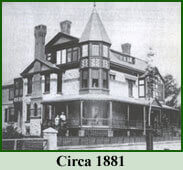 The DellaVecchia, Reilly, Smith & Boyd Funeral Home building was originally constructed as a private residence in 1881 for Jerome and Katherine Gray. The architect was T. Roney Williamson who designed many well-known buildings in West Chester. The home was the very first in West Chester to have steam heat. Its location, Church Street, is one of the original streets in the borough.

The building is in much of its original design, including the priceless stained glass and detailed woodwork. There are eight fireplaces made of different materials such as ceramic, brick and stone; thus enhancing the character of the building. The Gray family owned the building until Joseph Epstein, a local men’s furnishing store proprietor, bought it at auction on September 10, 1951. Mr. Epstein later sold the building to Lawrence J. Reilly who converted it into the Lawrence J. Reilly Funeral Home. He operated this family business for 25 years until owner Joseph J. DellaVecchia, Jr. purchased it in 1977. 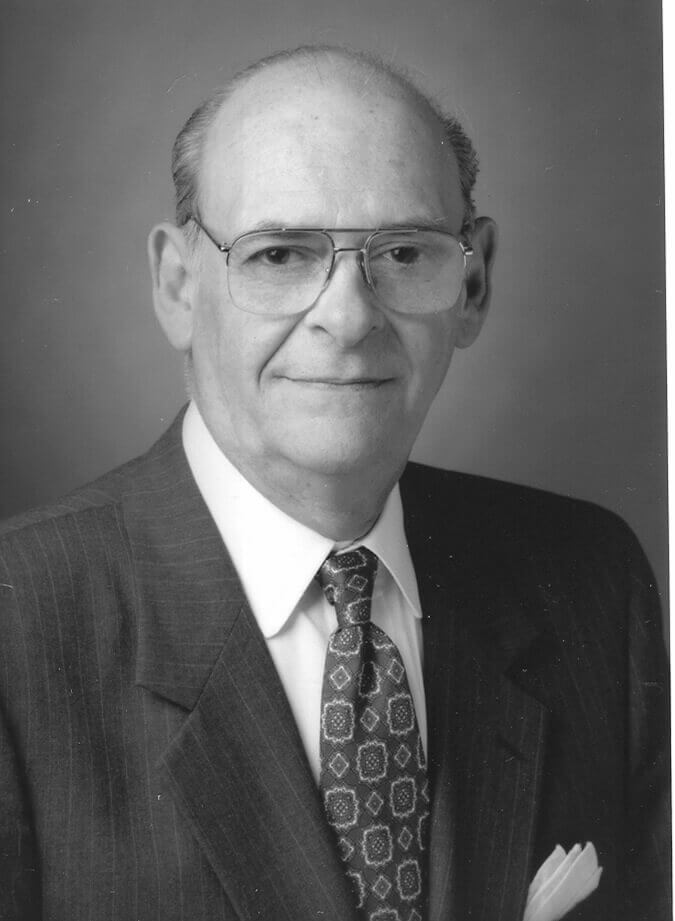 The Smith Funeral Home has a history over a one and half centuries that dates back to 1846. It was started by a cabinetmaker, William Hoffman, who set up a business on Market Street as a funeral director and furniture dealer. On April 3, 1875 Joseph Burton Smith purchased the business from William Hoffman and renamed the business to Joseph B. Smith & Son. Joseph owned and operated the funeral home from 1875 until the day of his death in 1927 - a period of 52 years.

In 1994 Ashton B. T. Smith, Jr., sold his funeral home on East Gay Street and merged with Reilly & DellaVecchia Funeral Home Inc. The business was renamed to DellaVecchia, Reilly & Smith Funeral Home, Inc. It continues to be independently owned & operated since 1875, and ranks among the oldest funeral establishments in the county to this day. 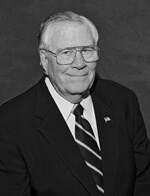 In 1858, he moved the business to 22 South High Street, where he operated an extensive “Cabinetmaking and Undertaking Business”. In 1860, William Massey took over the business for two years. Until in 1862 Daniel Nields became proprietor and advertised that he had “Fashionable hearses with Ice Boxes and Coolers”.

At the death of Daniel Nields in 1872, his son, Theodore, ran the family business for the next 11 years. Thereafter, Theodore’s widow, Clara Oram Nields, continued it's operations until 1885. John Thorp then purchased the business and moved it across the street to 21 South High. As the business continued, cabinetmaking diminished and funeral directing became more specialized.

In 1928, the business was moved to 101 South Church Street. In 1930, Harold A. Famous purchased the business and continued to operate it until his death in 1961. Sarah Famous, the widow of Harold, operated the business for a number of years thereafter.

In 1966, Joseph E. Boyd, Jr. purchased the funeral home and eventually renamed the business to Boyd Funeral Home, Inc. In 1985, his son Robert S. Boyd joined him in business and continued its operations for the next twenty years. 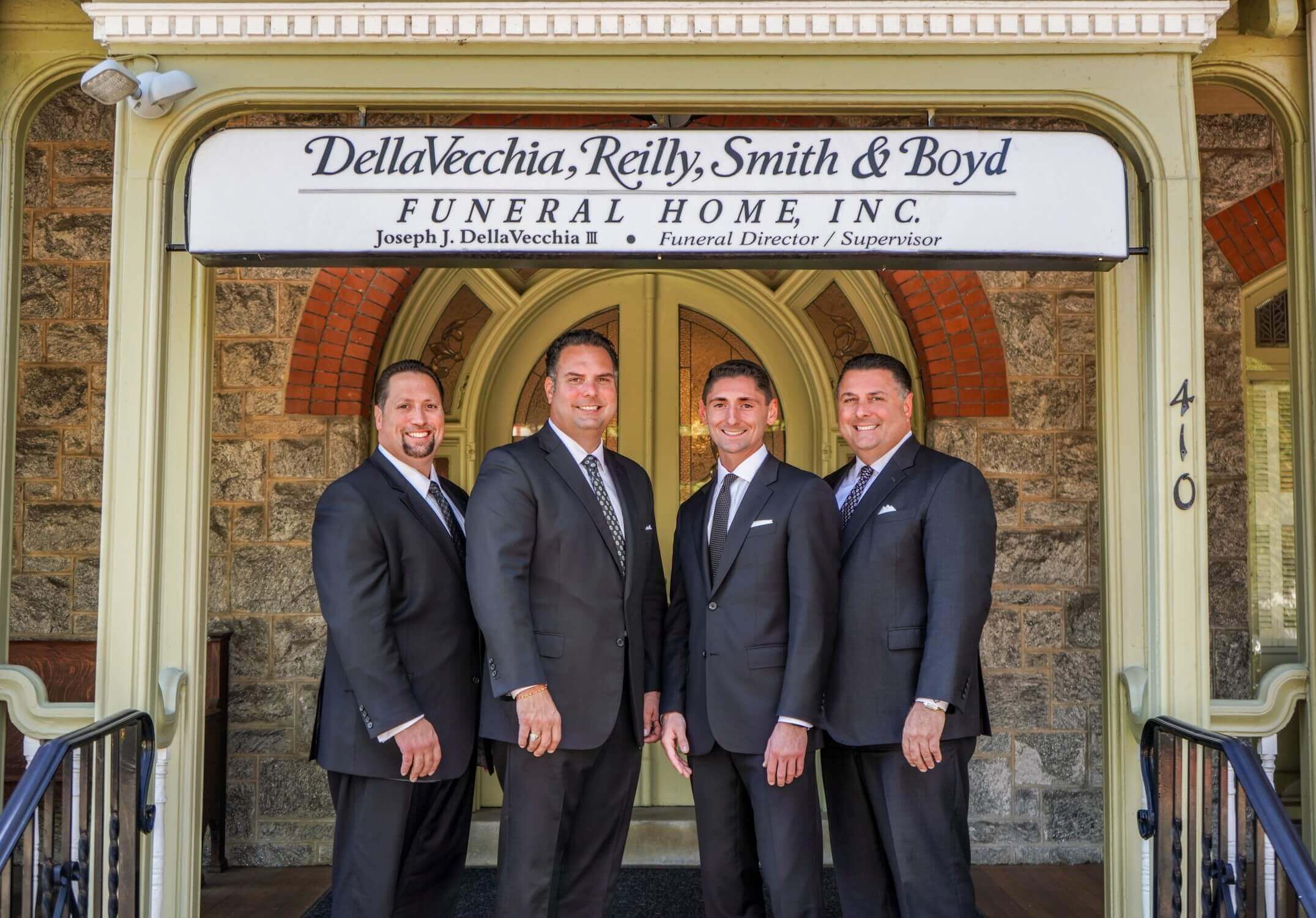 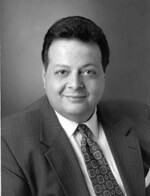 Joseph J. DellaVecchia, Jr. became part of the funeral home’s history when he purchased it on August 25, 1977 from Lawrence J. Reilly. Since that time many renovations have been done including replacing the back porch in 1984 to create a larger viewing room. Since that time we extended the viewing room even further and created more on site parking. These expansions have created an environment of comfort and accessibility for the families we serve.

Oldest son, Joseph J. DellaVecchia III, joined his father in 1989, followed by Ronald in 1995, Michael in 2005 and grandson Joseph J. DellaVecchia IV in 2019. Joseph’s wife, Kristine, is also an integral part of family business managing day-to-day office operations. The DellaVecchia family is very involved in the community and is committed to serve others with the highest level of respect.

We are at your service