Share a memory
Obituary & Services
Tribute Wall
Read more about the life story of Vasilios “Bill” and share your memory.

Vasilios “Bill” Stavros Stavropoulos, 87, of West Chester, PA, passed away Friday, November 25, 2022. He was the beloved husband of the late Era (Havelos) Stavropoulos and, for many years, one of West Chester’s favorite restaurateurs.

Bill was a co-owner of DeStarr’s Restaurant and Bar, in West Chester Borough. He thoroughly enjoyed the camaraderie and friendships he developed while hosting patrons and serving the restaurant’s trademark Greek and American cuisine. Bill retired at 84 as the restaurant closed, grateful for the amazing 68 years he spent contributing to West Chester’s distinctive restaurant community.

Born on August 18, 1935, in Elaiohorion, Greece, he was a son of the late Stavros and the late Evdokia Stavropoulos. Stavros was a municipal administrator and an independent farmer, and Evdokia was an accomplished cook and a daughter of a Greek Orthodox priest. Bill, his parents, his sister, and his three brothers were World War II survivors.

Bill and his brother Demetrios (“Meme”) immigrated to the United States in 1951 to help their uncle George DeStarr in his West Chester restaurant and bar, The Gay Grill, named after its Gay Street location. Their uncle had started the business in the 1930s.

To honor their uncle after he passed away, the brothers renovated the restaurant, renamed it to include the DeStarr’s last name that their uncle had been given at Ellis Island when he immigrated from Greece, and opened the new establishment in 1975. It was a leading eatery in the borough—with its welcoming environment and delightful, affordable, and top-quality menu—as well as a popular site of business meetings and banquets for many professionals and local clubs and charitable organizations.

Bill was honored to serve in the U.S. Army from 1959 to 1963 and to be promoted to Sergeant. He served nationally and internationally, with a tour of duty in Germany. Earning an honorable discharge, he was awarded a Good Conduct Medal and was a member of the U.S. Army Reserve until 1965.

While stationed with the army at Fort Bragg, North Carolina, Bill met his future wife, Era, in Fayetteville at a Greek Orthodox church event. They were a lovely and loving couple, marrying in 1963. They then moved to West Chester so that Bill could resume his work at the restaurant.

Bill was a dynamic member of the West Chester business community. He was honored by the Greater West Chester Chamber of Commerce and was active in borough issues and events. At the restaurant, he was a gracious host and a warm conversationalist as well as an exceptional chef. Bill’s endearing hospitality helped to make West Chester annual events such as the Old-Fashioned Holiday Weekend and the Restaurant Festival even more enjoyable.

Empathetic and kind, Bill was known to help those in need with a meal and supportive words. To express affection and gratitude during the Christmas season, Bill would love to prepare plates of Greek appetizers and desserts for friends and acquaintances and deliver them with his son, Steve, who worked at the restaurant for 32 years.

Naturally athletic, Bill loved playing soccer and running track in his younger years and was an excellent dancer, often leading the Greek folk dancing at family and cultural events and impressing one and all in the 1960s as he danced The Twist.

Bill was proud of his Greek heritage and devout in the Greek Orthodox Christian faith. He would assist the cantor at Saints Constantine and Helen Church in Fayetteville while he lived in North Carolina. He was a long-standing member and a past president of the Chester County Number 484 Chapter of the American Hellenic Educational Progressive Association (AHEPA). 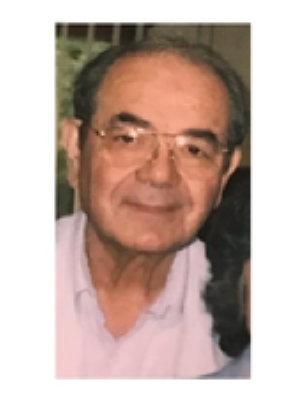