Share a memory
Obituary & Services
Tribute Wall
Read more about the life story of Terry and share your memory.

Born November 17, 1963 in West Chester, PA, he was the son of the late Richard Joseph Ferrier and the late Beatrice Ann White Fiorentino.

Terry loved his hometown. He so much enjoyed all the wonderful historical parts of his beloved town. You would see him walking around town exploring and taking pictures of the beautiful sights West Chester offered. His favorite parks to visit were Everhart and Marshall Square Park just up the street from where Terry grew up.

The Phillies were a passion for Terry. He could tell you any past or present players batting average stats on demand. We are so grateful that he was able to see the Phillies make their way into the 2022 World Series before he passed.

Terry had a very large collection of Christmas Villages. He took great pride and loved creating his displays to show to his family and friends. He also, enjoyed traveling to the mountains and Harve DeGrace, MD with West Chester childhood friends, Ace Poe, John McDermott and Stacy Clark.

Terry is survived by his brothers, Richard Ferrier and his wife Donna of Atglen, Gary Ferrier of Aston, PA, Steven “Geech” Ferrier of West Chester, Brian Ferrier of East Norriton and sister, Danielle McCue and her husband Mark.

He is predeceased by his nephew Gary Robert Ferrier.

Services will be private. 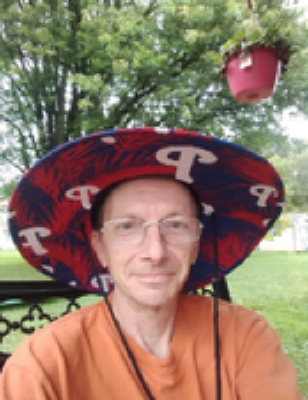