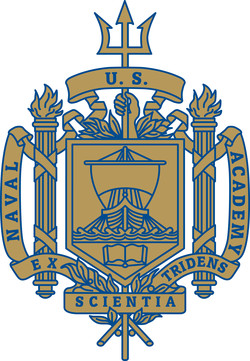 Ronald J. [Ron] Bosken 82 of West Chester, PA passed away peacefully on Monday, November 8, 2021 at home, surrounded by his family.

Ron was born on February 8, 1939 in Cincinnati, OH to Robert and Helen [Mullaney] Bosken.

Ron was a proud graduate of the USNA class of 1964. He served five years as a Naval Officer, including Viet Nam service, followed by a 25-year career as an FBI Special Agent primarily in the Newtown Square and Philadelphia offices. He married his wife of 57 years, Charlene [Rettig] Bosken on June 13, 1964, at St. Gertrude’s Church in Cincinnati OH. Ron and Charlene [Char] settled in West Chester in 1971 where they raised their five children.

Those who knew Ron will remember fondly his cutting wit and sense of humor [often at their expense], his passion for coaching [primarily baseball at all levels], his deep friendships and relationships he formed through the USNA, Navy, FBI, coaching and neighbors. His friendship truly meant loyalty and support – he was there when needed in meaningful ways. Most notable are the multitude of “Ron Bosken stories” that nearly all who knew him well or that had a passing interaction will remember. His influence and impact is lasting.

Ron was predeceased in death by his parents Robert and Helen, his sister Mary Ellen Martin and his beloved “Sammy Dog”. He is survived by his wife Charlene, his 5 children Stephen [Sandy], Sean [Lisa], Lisa Antell [Charlie], Cathleen Gabrielsen [Scott] and Colleen Bucci [Paul], his 15 grandchildren and his brother Jerome Bosken and sisters Kathleen Belmont and Anne Oppenheimer.

Interment will be in St. Agnes Cemetery West Chester, PA.

In lieu of flowers, donations can be made to Connect Thru Cancer, 381 Jenissa Drive, West Chester, PA 19382; www.connectthrucancer.org.

To send flowers to the family or plant a tree in memory of Ronald J. [Ron], please visit our floral store.