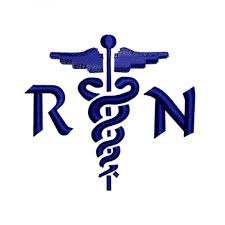 Mary Lou Thomas was born July 14, 1942, in Wilkes-Barre, Pennsylvania, and she grew up in neighboring Kingston.  She departed from us peacefully on July 27, 2022, after a long battle with Alzheimer’s disease and under the loving care of the incredible staff of Arbour Square at West Chester and Bayada Hospice services.  She was the loving wife of Dudley Thomas, who preceded her in death in 2020, and she is survived by her three children: Karen Tooke of West Chester, PA; Eric Thomas of Frederick, MD; and Patrick Thomas of Lyons, CO. She is also survived by grandchildren Taylor, Maggie, Matthew, Anna, Hannah, Tommy, Cole, and Elsie; daughters-in-law Lori Thomas and Clara Thomas, and son-in-law Eric Tooke.

Mary Lou was first and foremost a devoted wife, mother and grandmother.  She was also very involved in her church, neighborhood, and her children’s schools and activities. When not volunteering, running the household, and raising children, she pursued various athletic endeavors, hobbies and other interests.

Running was Mary Lou’s primary sport. She started running in the mid 1970’s, and Dudley marked her progress each year in his Christmas poems.  She started with just a few miles a week – then rapidly progressed to a full marathon in 1979.  She continued competitive running until the age of 60 and has many half-marathons and 10-milers under her belt.  Other sports that Mary Lou enjoyed over the years included racquetball, tennis, and golf.

Socially, there were few who could match Mary Lou’s passion for bringing people together.  As a Navy wife she fit right in, nurturing and maintaining many close relationships over the years.  She and Dudley hosted many dinner parties, New Year’s parties, and other special events in their home. Some parties had a holiday or international theme, while others involved playing cards or just plain enjoying good food and good company. No matter what the theme, Mary Lou was always eager to bring new members into the group. She led other social groups like the Saint Thomas More Women’s Club, several book clubs, and a very notorious chapter of the Red Hat Society.

Her children remember a mom who was always there, juggling schedules for sporting events and extra-curricular activities, arranging carpools, filming soccer games and band performances, helping run banquets and concessions, and cheering like mad on the sidelines. Her grandchildren remember lots of visits throughout the year and over the holidays; ‘summer camp with Gramagramps (GG) and PopPop;’ and day trips to Storybook Land, Children’s Museums, Johnson’s Farm, and other South Jersey destinations.

Professionally, Mary Lou worked as a Registered Nurse throughout her life.  After graduating from Geisinger Nursing School in 1963, she moved to New York City to work at Mt. Sinai Hospital and get a taste of life in Manhattan.  She remained in New York until marrying Dudley in 1967 and moving to his duty station in the Bahamas. Though she considered herself a full-time homemaker, Mary Lou picked up a couple of interesting part-time jobs when the children were younger. She and a friend hung wallpaper for a few years, driving around South Jersey with an advertising magnet on the side of the family’s trademark VW Bus. She also worked part-time as a nurse for an insurance company, using her degree to perform in-home physicals. Once her kids were old enough, Mary Lou went back to full-time nursing, working another 15 years as a registered nurse at Lakewood of Vorhees Nursing Home. Her passion for providing quality senior care was repaid in her final years as she and Dudley moved to Arbour Square, and Mary Lou eventually joined the Memory Care community there. The staff at Arbour Square will always remember an energetic resident who sincerely cared for others, still wanted to volunteer her nursing skill for the benefit of others, and was more than willing to bend a few rules to get her way.

In retirement, Mary Lou and Dudley were fortunate to be able to travel the world together.  They enjoyed trips to Southern Africa, China, Australia, New Zealand, Alaska, Hawaii, Mexico, Canada, and many locations in Europe including Portugal, Spain, Italy, France, Germany, Austria, Hungary, the Czech Republic, Switzerland, Ireland, and England. In the lower 48 states, they traveled to many destinations to visit family and friends. Vacations with the kids were normally centered around camping in the Adirondack Mountains and frolicking on the beaches in Ocean City NJ. Later in life, they began another family tradition, hosting their kids and grandchildren annually in Ocean City.

Mary Lou will be fondly remembered for her generosity, church and community involvement, and her many interests and hobbies. Her family will miss her smiling face, supportive attitude, and how she absolutely loved to open her home (and kitchen) to whomever came to visit. As much as we will miss her, we are happy that she is now reunited with her soulmate, Dudley, brother Mike Kaiser, parents, Nick and Betty Kaiser, and other relatives who pre-deceased her.

Internment will be in St. Agnes Cemetery West Chester PA.  There will be a luncheon following the internment from 1:00pm - 4:00pm at West Chester Country Club 111 W. Ashbridge St. West Chester, PA.

In lieu of flowers, contributions may be made to the Alzheimer’s Association Delaware Valley Chapter 399 Market Street Suite 102, Philadelphia, PA 19106 and/or an Alzheimer’s charity of your choice.

A Memorial Tree was planted for Mary

We are deeply sorry for your loss - the staff at DellaVecchia, Reilly, Smith & Boyd Funeral Home, Inc.

Join in honoring their life - plant a memorial tree

Video is available for this event

Interment will be in