Share a memory
Obituary & Services
Tribute Wall
Read more about the life story of Lucille Ann and share your memory.

Lucille Ann Lewis, 96 formerly of Hershey’s Mill, West Chester, PA, died Tuesday, January 10, 2023 in Honey Brook, PA. She was the wife of the late John B. Lewis with whom she shared 65 years of marriage.

Born in Pittsburgh, PA, she was the daughter of the late Edward John McEnaney and the late Loretta Swensson.

In the mid 1940’s, Lucille ventured off to New York and became one of the top fashion models with the Eileen Ford Agency. She could be seen on the covers of McCalls, Harper’s Bazaar, Vogue and Brides to name a few. At 19 she was working towards her single engine pilot’s license, unknown to her parents. Her flying days were short lived when her Aunt caught her flying one day.

After her modeling days were over, Lucille raised 5 children and had a successful real estate career. She enjoyed painting, playing golf and gardening at Aston Woods, all at Hershey’s Mill.

At age 76 she decided to go to college and majored in Psychology. Lucille cherished every moment with each of her grandchildren. She would help them expand their curiosity and imagination. All those days picking up rocks, fishing and going for exploring walks at Hershey’s Mill are memories they will always have of their grandmother. Of course, her smile was the best, she made everyone feel special.

Lucille was preceded in death by her daughter, Christina Biese.

Services will be private.

In lieu of flowers, please make a donation to the charity of your choice in Lucille’s honor. 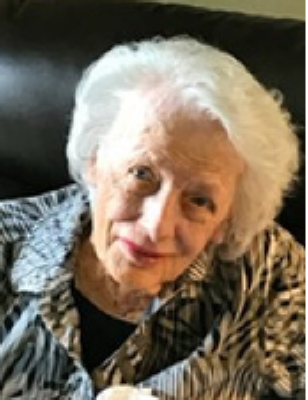