Share a memory
Obituary & Services
Tribute Wall
Read more about the life story of Kenneth and share your memory.

Kenneth Joseph Eiseman died December 1, 2022 at Chester County Hospital.  Born December 7, 1944, in Oceanside, New York, to the late Joseph and the late Beatrice Eiseman, Ken began expanding his world from an early age.  He played basketball and football for Oceanside High School and took on various jobs that exposed him to the richness of the world, including delivering ice cream throughout Brooklyn as a teenager. In 1960, Ken went to Albright College in Reading, PA where he played basketball and met and married his wife of 58 years, Christine (“Chris”).  After college, Ken began his life’s work supporting youth as a teacher, mentor, and coach.  His West Chester teaching career started as a science teacher at Stetson Middle School. He later became the science supervisor for the West Chester Area School District, and then moved onto an entirely new challenge:  principal of Fern Hill Elementary School.  Through the years Ken took on volunteer projects too numerous to name, including organizing and leading groups of students on bike trips through Lancaster County and coaching a group of boys on his son Eric’s youth soccer team through the 1980’s.  Although he had no soccer playing experience he learned the game and enlisted high school soccer players to assist.  After retirement, Ken became an adjunct professor at Immaculata University where he taught students learning to be teachers how to teach science in an engaging way for young learners.  In all these endeavors he used his natural leadership qualities, organization, decision making skills, common sense and compassion to help young people to meet their potential.

Ken was a loving and supportive husband to his wife Chris.  Together they shared all of life’s important moments.  Ken was always interested in learning new things, and along with Chris, in his younger days he took up hiking, camping, backpacking and biking. Along with his family, he hiked to and stayed in every one of the Appalachian Mountain Club huts in the White Mountains in New Hampshire. Later in life Ken and Chris embarked on extensive travel together, to destinations in Europe, Africa, Asia, South America and the Caribbean, mostly planned by the ever resourceful Ken, whose back up profession could have been as travel agent.  Ken and Chris enjoyed the uniqueness of each experience: locating the “Big Five” on safari in Tanzania, hiking a glacier in Iceland, enjoying the beauty of the Sahara desert in Morocco, exploring the Galapagos Islands, and viewing the Terra Cotta warriors in China, to name a few.

Ken loved spending time with his children and grandchildren, notably when they all were able to gather together for a summer week in Ocean City, New Jersey. With his children Ellen and Eric, Ken was the kind of father who provided the tools his children needed to embark on their own paths in life and who was proud of and supported their chosen paths, even where the path took them to places far away from him.  Ken was an avid golfer, who always found the weather fine on the golf course.  He was an active member of GBGA, a group of men who played at least once a week year round.   He had many friends, including past colleagues, and was an avid reader who knew a lot about many different things- there were few topics on which he could not converse knowledgeably.

In addition to his wife, he is survived by his son, Eric Eiseman, daughter Ellen Eiseman (Ernesto Mercado); his grandchildren Isabelle, Madeleine, Calvin, Max and Camila. and his sister Joanne Pedigo (David) of Oceanside, NY. 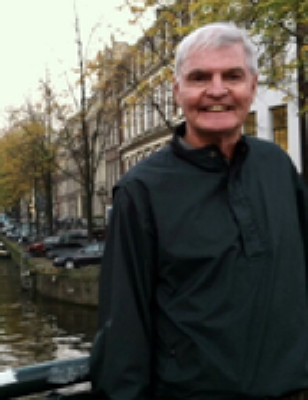