Share a memory
Obituary & Services
Tribute Wall
Read more about the life story of David Mario and share your memory.

He was the husband of Adrienne Gagliardi Ferraguti. They were happily married for 15 years.

Born December 27, 1973 in Abington, PA he was the oldest son of Mario Ferraguti and Fran Richards Ferraguti.

Dave grew up in Warminster, PA. He was active in soccer, baseball, and basketball as a child.  He graduated from Archbishop Wood High School where he played on the varsity football team.  While in high school, he became a volunteer referee for many youth soccer leagues, as well as a youth counselor in summer school programs.  He received his Bachelor’s degree in Business Administration from LaSalle University.  Before this, he attended East Stroudsburg University where he developed a passion for skiing and became a skiwee instructor at Shawnee Mountain.

He began his career as a payroll specialist at Paychex, Inc. over 20 years ago. There he acquired the skills to advance his career to manage multiple organizations’ payroll departments.

Dave was happiest when he was spending time with his family. His two children, David and Isabella, were the center of his world. He was active in all their sports and extracurricular activities, and never missed a game or concert. It was his dream to teach his children how to ski. His proudest moment was when he got to ski with both his kids by his side. Camping was one of his favorite pastimes. Going to Knoebels with his family and friends made him the happiest. Dave also had a great respect for family tradition. His father taught him how to make homemade wine and pasta sauce, a tradition he continued with his own family.

Dave was the life of the party. He never took life too seriously. He loved to make others laugh with his sharp wit. He never turned down an opportunity to crack a joke, dress in a silly costume or participate in a prank war, especially with his siblings. Even when Dave was diagnosed with Hodgkin’s Lymphoma in September and underwent chemotherapy, he never let it slow him down. He continued to live his life to the fullest and make memories with his family.

In addition to his wife and parents, Dave is survived by his two children, David Ferraguti Jr and Isabella Ferraguti; and his two younger siblings, Marc Ferraguti (Colleen) and Danielle Ferraguti (Fred Gerner).  He is also survived by his three nephews, Thomas, Benjamin, Tyler, and niece Olivia.

Relatives and friends are invited to his visitation on Friday January 20, 2023, from 10:00-11:45am, followed by a Memorial Service at 12:00pm at DellaVecchia, Reilly, Smith and Boyd Funeral Home.

In lieu of flowers, contributions may be made to the Dave Ferraguti Memorial Fund, which will support the two beautiful children that Dave left behind. Please contact Dave’s sister, Danielle for more information on how to contribute at dferraguti48@gmail.com. 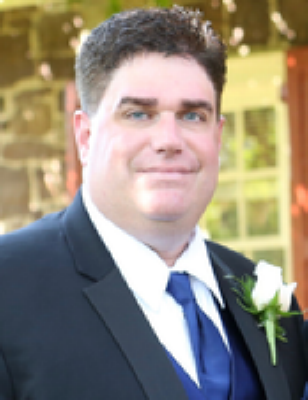