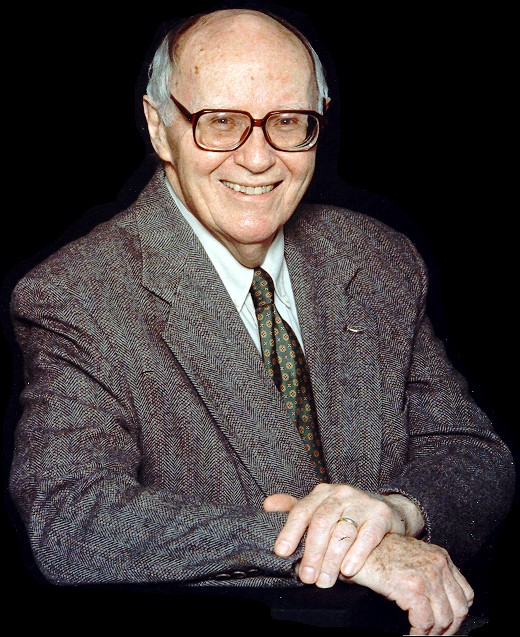 He attended Franklin & Marshall College, graduating in 1942 with a degree in Government. He was a member of the Lambda Chi Alpha, Pi Gamma, Blue Key and Druid fraternities and the John Marshall Society. His devotion to his alma mater would later lead him to become Class Agent since 1946; President of Alumni Council, 1960-61; and Chairman of Alumni Fund, 1962-1970.

He was a Vice-President at N.W. Ayer (advertising agency) in Philadelphia, Boston and New York for 34 years, managing the Du Pont, Goodyear, Texaco, and Regal Shoe accounts.

He “Retired” in 1980 to become National Director of the United Methodist $25 million Television Presence & Ministry Campaign, based in Nashville, TN.

From 1982 to 2001 he was with Carden & Cherry, Inc. as Senior Vice President of Marketing. His creative efforts and marketing expertise resulted in the phenomenal success of advertising campaigns featuring Jim Varney as “Ernest P. Worrell”. An appearance by “Ernest” at the Indianapolis 500 alerted Michael Eisner to the phenomenal popularity of “Ernest” resulting in the production a series of popular Disney movies, Ernest Goes to Camp, Ernest Scared Stupid, etc.

Very active in the United Methodist Church, he was President of the Philadelphia Conference Board of Missions and Church Extension, 1963-1968; Director of Methodist Development Fund, 1965-1968; Lay Leader for the Eastern Pennsylvania Conference, the Northern New Jersey Conference and the Cumberland District (TN); President of the Northeastern Jurisdiction Board of Laity, 1978-1980; Board of Trustees, Morristown College, 1978-1988; Board of Directors McKendree Village (continuing care retirement center); Lay Delegate to General Conferences, 1964, 1976 and 1996; and Delegate to the World Methodist Council, Rio de Janeiro, 1996.

He was an 18-year resident of Croasdaile Village United Methodist Retirement Home in Durham, North Carolina, where he was very active in the community.